This drama Flying Tiger is about The Special Duties Unit, nicknamed Flying Tiger, will be facing a number of serious crimes in Hong Kong and across the border, fighting dangerous criminals, and at the same time, integrating the relationship dynamic between two brothers in the police force. It stars Michael Miu as the superintendent of the major crimes division and Bosco Wong and Ron Ng as half-brothers who share the same father. Bosco Wong is the older brother and a member of Flying Tiger. Ron Ng is the younger brother who works in the major crimes division. In real life, Ron is older then Bosco by one year. 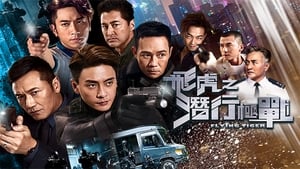 Please disable your adblocker or whitelist this site!